Read this tutorial before you use Proc Corr

All of us at some point in the process of examining data, check for correlations among different variables in the data especially pair-wise correlations. Among a large chunk of business analysts in industry, there exists a notion of ‘linear correlation coefficient’ being the only criterion for pair-wise correlation and hence at the maximum a Proc Corr is run in SAS to check for the same.  This  will of course be useful for finding out correlations between continuous variables. However it more often than not fails when confronted with real life data which frequently contains all kinds of variables, continuous, binary or multi-level categorical etc. 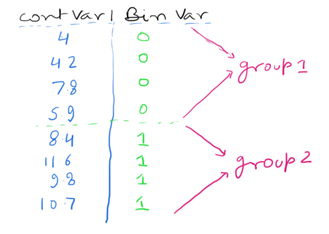 As you can see for the category “1” here cont_var seem to have higher values and that is how bin_var is affecting cont_var OR is correlated with cont_var. An additional tip here is, if you are doing this pair wise correlation with your derived variable and other categorical variables in question, you can use Bonferroni test to determine which categories of your categorical variable would be worth converting to dummy variables and be used in the model building. 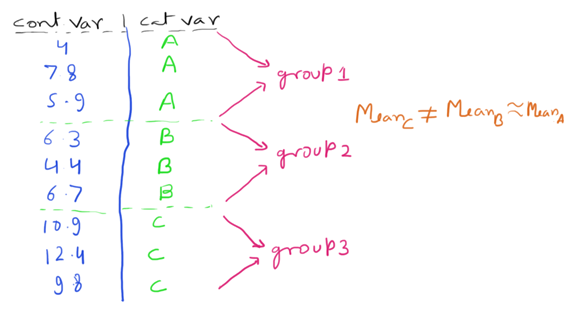 As you can see here, cont_var is being affected by one of the categories here that is C, whereas rest of the two categories have more or less the same behaviour. If cont_var here was your dummy variable, you should make a dummy variable for the category C from that categorical variable of yours. Below is a simple chart for reference which gives a picture of which test to use in case your data has mixed type variables.

Congratulations! Now you are armed to deal with checking correlation between all kinds of variable types rather than erroneously using Proc Corr!