What’s the difference between a Data Scientist and a Data Analyst? 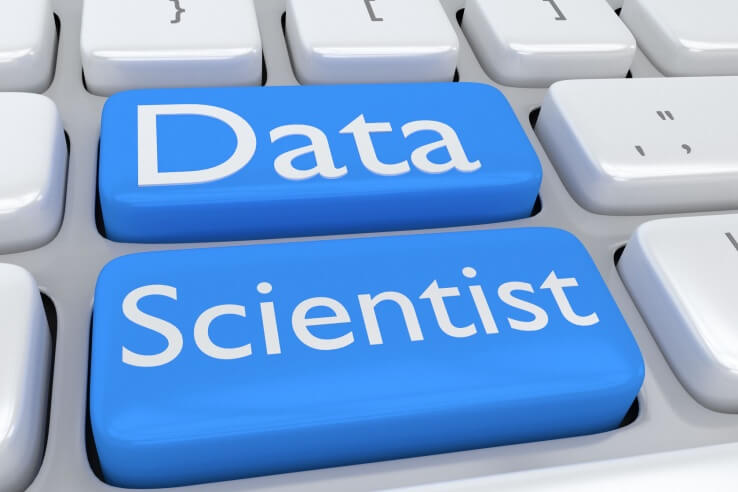 Data analyst and data scientist are some of the hottest buzzwords as of now, and often seem to be used interchangeably. There are subtle and considerable differences between the two, as we shall see. Here are some definitions of a data scientist on Twitter: 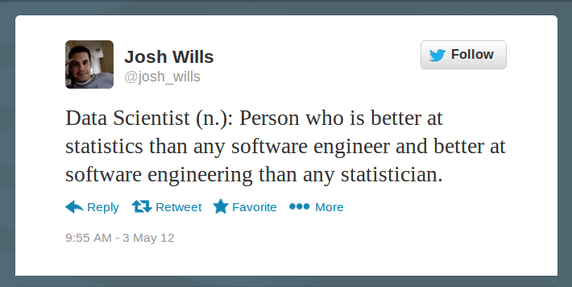 This is even more skeptical:

As can be clearly seen, the terms don’t have rigid definitions and can tend to be confusing, to say the least. A major reason for this ambiguity is that the industry is quite new, and a lot of companies have different definitions of what a data scientist is based on their needs and preferences in their own line of business. But, as we’ve made clear above, the two terms aren’t as interchangeable as we think they might be. There are important differences that escape the attention of a lot of people, and I thought an article to highlight the same might be beneficial. Data Analyst A Data analyst is someone who works on a specific business problem that the customer/ employer has requested. The problem might be related to a customer churn or predicting housing prices. The tasks performed by them are directly related to the tangible business needs. Looking at some skills required of a data analyst in today’s world: SQL Analysts mostly work with structured data so they often use SQL in their job roles. They write SQL queries to retrieve a subset of data from a data base. These queries are often given to the Data Analyst in the form of Questions and it is the analyst’s job to figure out the appropriate query to retrieve the answer to the posed question. Data analysts generally have the ability to execute sophisticated logic, including computing summary statistics over subpopulations, sorting, joining together multiple tables with related data, and more. Excel:  Data analysts are excel wizards.  They use pivots in excel to summarize data in flexible ways, enabling quick exploration of data and producing valuable insights from the accumulated data. They are also well-versed in excel formulas and know how and when to use these to do quick calculations. Business Intelligence tools: Data tends to be spread around, trapped in various silos. The latest wave of BI tools is attempting to remove the barriers between those silos so that a holistic picture is formed based on multiple data sources. This provides much more accurate forecasts. BI tools make it easy for a data analyst to identify key trends and patterns in the data and communicate the results using reports to decision makers. Some examples of the most famous and industry wide used tools are Tableau and Microsoft Power BI which help you in building dashboards and visualizing the data presented to them, in an easier to understand business format for the end user.  Data Scientist Data scientists are the wizards who are often expected to generate their own questions from raw data. A data scientist has exceptionally good knowledge in statistics, machine learning and coding, and also a better understanding of disciplines like Database technologies, storytelling, domain expertise and product or business metrics. Database Technologies Data scientists understand how to install and use SQL, NOSQL, Apache Hadoop and Spark. They understand the complete big data ecosystem and also know how data is processed in the data pipeline. They tend to understand these technologies on strategic level/ High Level rather than being experts in these technologies like a big data architect or a data engineer. Coding Coding experience refers to programming chops need to implement and execute statistical models. Data Scientists are well-versed in either R, Pythaon or SAS, the three most popular data science languages. In a huge portion of large companies, data cleaning and process is done by a separate team which saves a huge amount of time for data scientists. Whereas, in startups, data scientists are expected to clean and process the data provided to them for analysis. Statistics and machine learning Statistics and machine learning are some of the core competencies of any data scientist.  A data scientist knows how to build a statistical model or a machine learning algorithm from scratch. They also know how to implement these algorithms in python or R or any other data science programming language. Despite the large number of specific data mining algorithms developed over the years, there are only a handful of fundamentally different types of tasks these algorithms address. Such as regression, classification, clustering, casual modelling, etc. In many data science projects, you may want to find “correlations” between a particular variable describing an individual and other variables. For example, in historical data you may know which customers left the company after their contracts expired. You may want to find out which other variables correlate with a customer leaving in the near future. Finding such correlations are the most basic examples of classification and regression tasks. SQL A good data scientist knows the basics for relational database concepts and they frequently retrieve data from databases by writing SQL queries. Most data scientists spend majority of their time on writing SQL and related scripts. Data scientists use SQL to transform complex data into tables to implement algorithms on these datasets. Domain expertise Data Scientists have deep backgrounds or rigorous training in the disciplines and domain areas in which they find themselves presently deployed.  Data scientists are familiar with the nuances of data they are working with and or the assumptions of the domain they are working in and produce analyses that impacts the growth of the company. Story Telling Data story telling is much more than just creating visually-appealing data charts. Data story telling is an approach for communicating data insights using data, visuals and narrative. Data scientists understand how these different elements combine and work together in data storytelling. When narrative is coupled with data, it helps to explain to your audience what’s happening in the data and why a particular insight is important.  Data scientists also apply Interactive visuals to data using tools like D3.Js to enlighten the audience to insights that they wouldn’t see without charts or graphs Hope I clarified the difference between a data scientist and a data analyst.