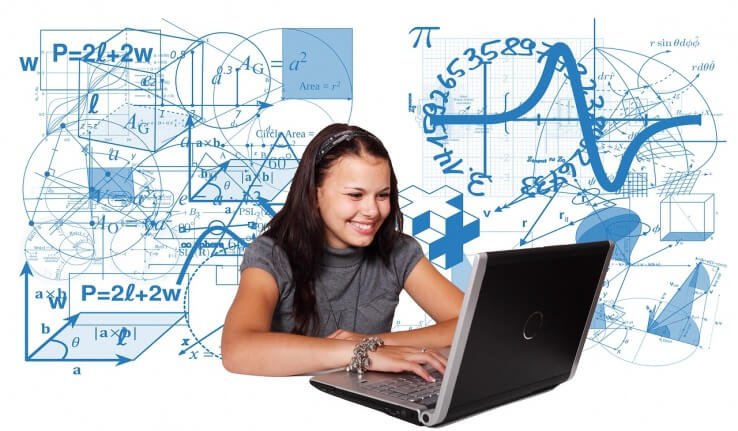 In my previous post, I explained the concept of linear regression using R. In this post, I will explain how to implement linear regression using Python.  I am going to use a Python library called Scikit Learn to execute Linear Regression. Scikit-learn is a powerful Python module for machine learning and it comes with default data sets. I will use one such default data set called Boston Housing, the data set contains information about the housing values in suburbs of Boston. Introduction In my step by step guide to Python for data science article, I have explained how to install Python and the most commonly used libraries for data science. Go through this post to understand the commonly used Python libraries. 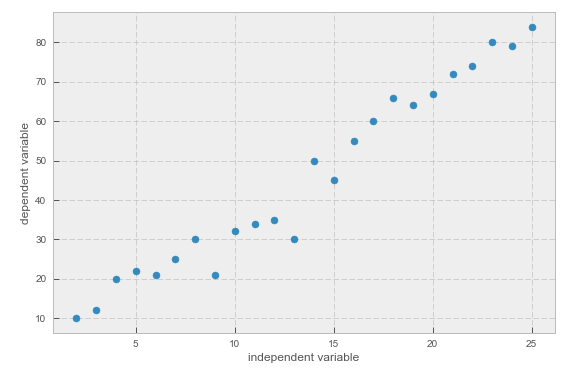 To see the slope and intercept for xs and ys, we just need to call the function slope_intercept:

reg_line is the equation of the regression line:

Now, let’s plot a regression line on xs and ys: 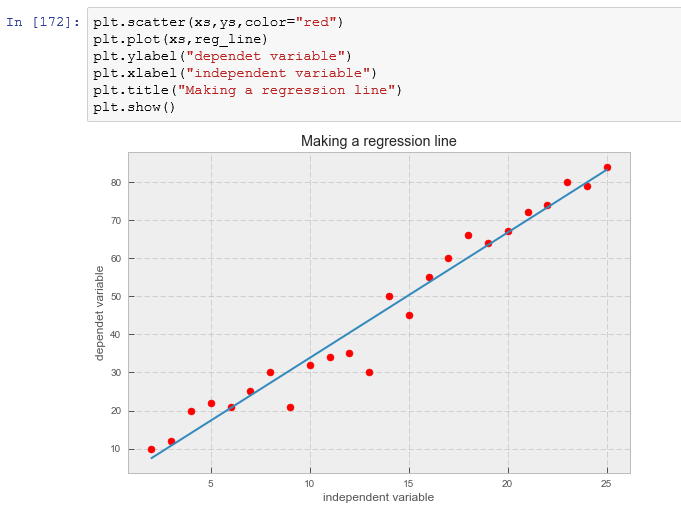 Root Mean Squared Error(RMSE) RMSE is the standard deviation of the residuals (prediction errors). Residuals are a measure of how far from the regression line data points are, and RMSE is a measure of how spread out these residuals are. If Yi is the actual data point and Y^i is the predicted value by the equation of line then RMSE is the square root of (Yi – Y^i)**2 Let’s define a function for RMSE:

I create a Pandas data frame for independent and dependent variables. The boston.target is the housing prices. 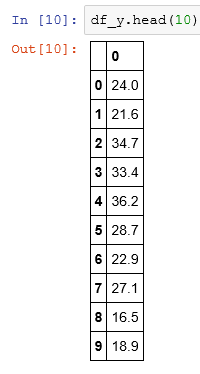 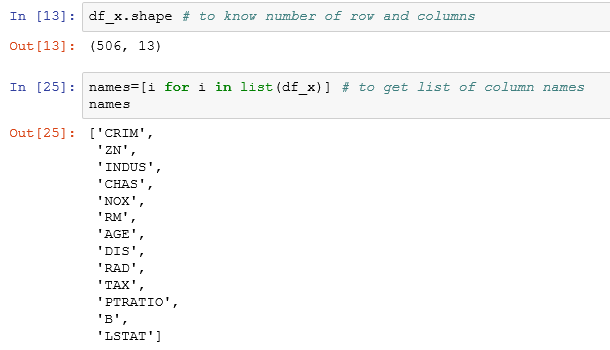 Now, I am calling a linear regression model.

In practice you won’t implement linear regression on the entire data set, you will have to split the data sets into training and test data. So that you train your model on training data and see how well it performed on test data. I use 20 percentage of the total data as my test data.

I fit the linear regression model to the training data set.

These are the coefficients of Independent variables (slope (m) of the regression line). 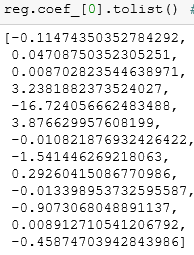 I attach the slopes to the respective independent variables. 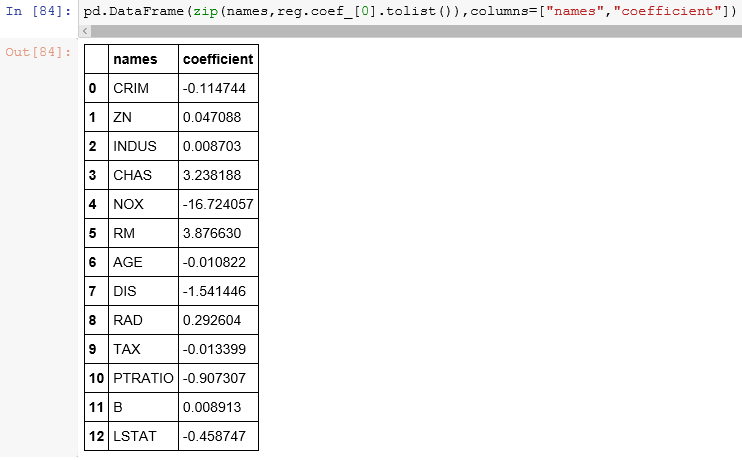 I plot the predicted x_test and y_test values. 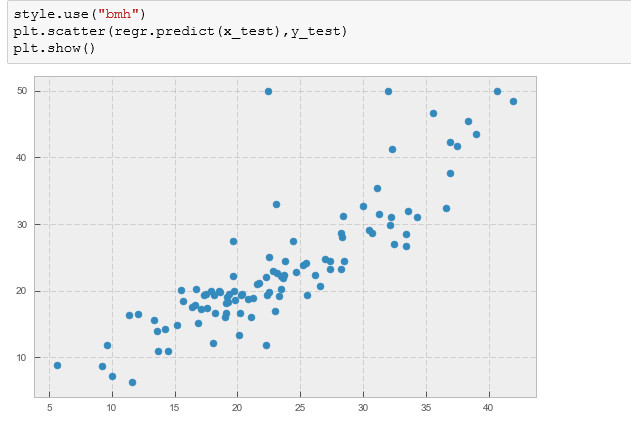 Select only the important variables for the model. Scikit-learn is a good way to plot a linear regression but if we are considering linear regression for modelling purposes then we need to know the importance of variables( significance) with respect to the hypothesis. To do this, we need to calculate the p value for each variable and if it is less than the desired cutoff( 0.05 is the general cut off for 95% significance) then we can say with confidence that a variable is significant. We can calculate the p-value using another library called ‘statsmodels’.

Ordinary least squares or linear least squares is a method for estimating the unknown parameters in a linear regression model. We have explained the OLS method in the first part of the tutorial. model1=sm.OLS(y_train,x_train) 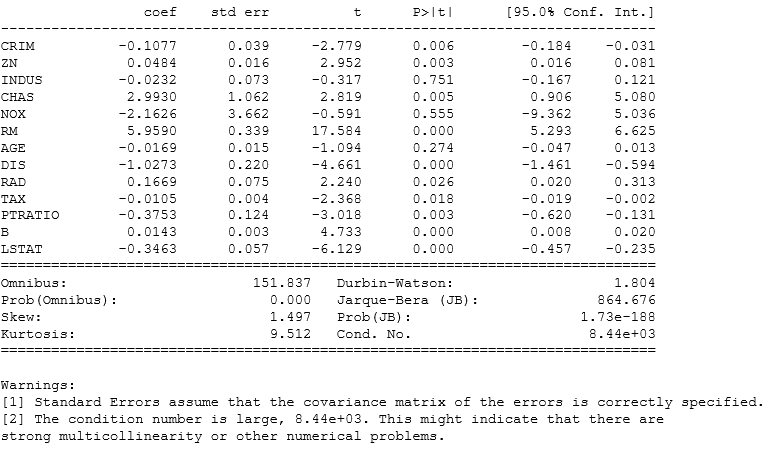 We can drop few variables and select only those that have p values < 0.5 and then we can check improvement in the model. A general approach to compare two different models is AIC( Akaike Information Criteria) and the model with minimum AIC is the best one. 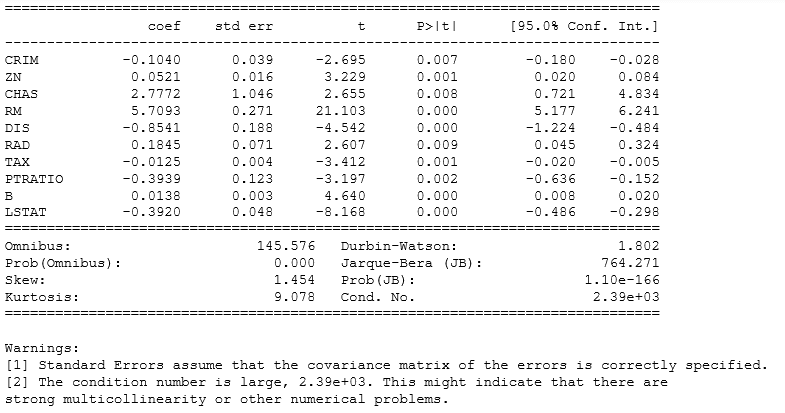 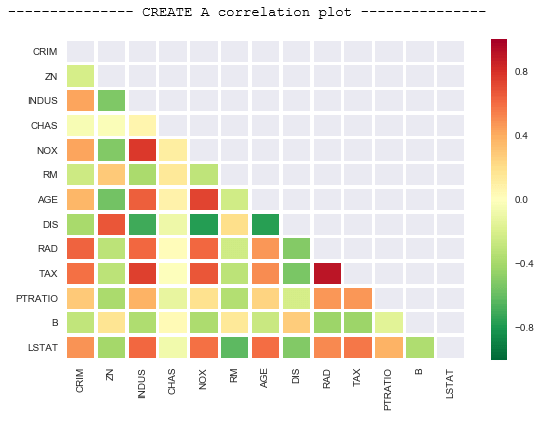 Since this is a Pearson Coefficient, the values near to 1 or -1 have high correlation. For example, we can drop AGE and DIS and then execute a linear regression model to see if there are any improvements.