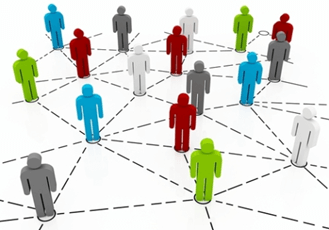 On 19th Feb, 2014, Facebook announced the acquisition of Whatsapp, a mobile messaging service with over 450mn users for an eye-popping US$ 19 bn of cash and Facebook shares in total. This figure seems insane for a company which charges some of its users US$ 0.99 every year for its services and reportedly had revenues of just US$ 20 mn last year. Considering that Facebook is now a listed entity, it cannot just plonk down US$ 19 bn on the table without being able to show its investors & shareholders the ability to generate returns on it. So, how is Facebook going to generate returns on this large investment?  Surely, any increase in Whatsapp’s revenue is going to be too low to generate any significant return. Also, as per the stated intention of the founders of Whatsapp, they are likely to keep the service ad free. The question to ask is apart from a large user base and fast growth (Whatsapp is adding 1mn users a day), what monetizable asset does Whatsapp have that Facebook doesn’t or couldn’t get its hands on organically? The answer is your PHONE NUMBER and your phone’s ADDRESS BOOK!! Now the question in your mind is how is Facebook going to monetize your phone number and your contact list and why couldn’t it get to the phone numbers through its own app? Let us tackle the second question first as to why Facebook couldn’t collect phone numbers through its own app or Facebook Messenger. Facebook did try initially to collect phone numbers through its mobile app without users consent, was found out and deleted all the numbers from its servers. It now provides users the option of adding their phone numbers and giving access to their contact list but not many people do so fearing privacy violations and spam or if they do keep the information hidden. 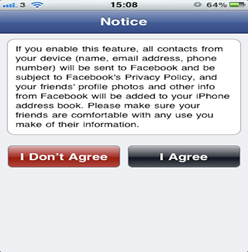 To verify this, pick numbers from your contact list at random and search for them in Facebook and see how many people you can find. Probably not more than 25% of the total people in your contact list. And yes, Facebook allows you to search for people using their email ids and phone numbers even if they are not your friend on the network. Facebook Messenger is another way it can access your number and address book in a similar way that Whatsapp does. But Messenger did not take off very well especially outside the US and Whatsapp clearly has turned out to be the most popular messaging app around the world. 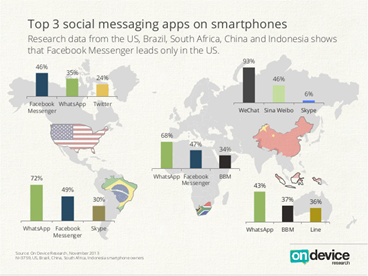 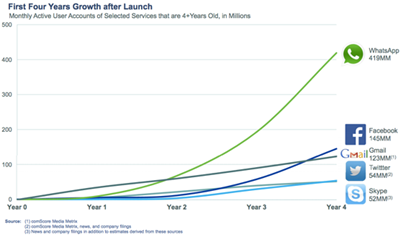 Thus, given user’s reluctance to share their numbers on Facebook and popularity of other messaging services over Messenger made it difficult for Facebook to capture a large chunk of phone numbers and contact list. Now to answer the question of why this focus on gathering phone number and address book details and how can it be monetized. The answer as always is advertising. More than 90% of Facebook’s revenues come from advertising on the network. To improve its capabilities to be one of the best digital advertising platforms and to beat Google is key for Facebook’s future growth and monetization of its user base. For those who have used Facebook Ads, you would have noticed the fantastic targeting capabilities that it provides given the vast information that it has collected. It also provides an even better option called Custom Audiences. To explain Custom Audiences in short, if a marketer has collected details like phone numbers and emails of its prospective or existing customers it can upload the same to Facebook, which will match them with its users and show your ads to only those specific people.  This is one of the most highly targeted advertising options that are provided today in the digital medium. Now, the issue is that using email ids, not more than 50%-60% of your list will be available on Facebook (in our personal experience), given that most people have multiple email ids and might have given the company a different id from the one they use on Facebook. In contrast most people would have one or max two phone numbers. Hence, using phone numbers would probably enable a higher number of people to be available to be targeted if they are on the network. In practice, this does not happen since Facebook has not managed to collect phone numbers of most of its users. This is where Whatsapp steps in. All Whatsapp needs is your phone number to be entered along with your name for it to start working. Alongside it will access your address book and immediately provide you a list of people who are already available to chat on Whatsapp. Behind the scenes Whatsapp would possibly be collecting details about your mobile device, including device id. By acquiring Whatsapp, Facebook has now acquired phone numbers of over 450mn users and quite likely given its growth, over 750mn users in another year’s time along with the numbers existing in the address books of all these users many of whom may not even be on Whatsapp, potentially far more than two billion phone numbers in another year’s time. It would now be an easy matter for it to link up your phone number with your account on the network by matching the device ids of Whatsapp and the Facebook mobile app that you use, but that would be unethical. The easier and ethical way to do this would be to provide users the ability to seamlessly communicate and share through the two apps, just like it did with its previous purchase of Instagram and thus gain access to Whatsapp data and allow marketers to easily access you through your phone number on Facebook. What could make this purchase more interesting is the ability to implement analytics on data from Whatsapp and your phone’s address book. While Whatsapp does not store messages, it would quite likely be maintaining logs of the exchanged messages and it would be very possible to create a social graph and undertake an analysis of people whom you are very closely connected to and communicate frequently with. Whatsapp users usually feature in a number of groups and this could help create a very interesting social picture of yourself. 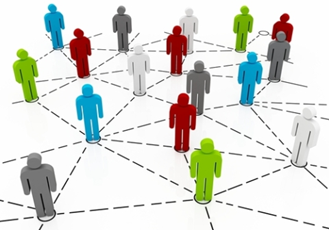 How can this analysis help? Well again we come back to the Custom Audiences feature in Facebook ads where marketers are provided a feature called Lookalike Audience. Through this feature marketers can target not only their custom audience but also people who are similar to them based on data shared through Facebook and now Whatsapp. Thus if a marketer has a list of 100,000 phone numbers of prospects, it can use Lookalike Audience to market to similar people who are a multiple of this number and this can be made far more effective through analysis of communication patterns in Whatsapp. Facebook paid US$ 42 per current Whatsapp user and given its growth of 1mn new users per day, in a year’s time the cost would come down to US$ 25 per Whatsapp user. If we consider that Facebook would receive access to over two billion phone numbers in the next 2 years, the cost comes down to US$ 9 per phone number and potential advertiser contact. Much less insane and much more profitable than we thought earlier!! Things to watch out for: 1. Facebook providing Whatsapp users a way to easily share content across the two platforms 2. A change in Facebook and Whatsapp’s privacy policies