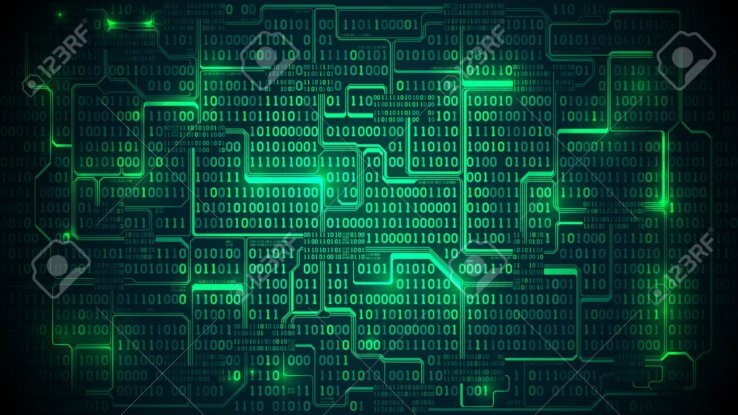 So far, we have explored the data using various descriptive statistics techniques and also dealt with missing values and outliers. It may seem that we are done with all the data pre-processing and preparation, and ready to apply one of the ML algorithms. Unfortunately, we are still far from simply applying any ML algorithm. Wondering what it is now, it is the categorical variables. Why even bother!! A real-world data set would have a mix of continuous and categorical variables. Many ML algorithms like tree-based methods can inherently deal with categorical variables. However, algebraic algorithms like linear/logistic regression, SVM, KNN take only numerical features as input. Hence, categorical features need to be encoded to numerical values. Nominal and Ordinal categories Categorical variables can possibly take on a limited number of values. For example, T-shirt size could have these possible levels – Extra Small, Small, Medium, Large, Extra Large. T-shirts could come in a variety of colors like red, blue, yellow and so on. Or, a dataset about information related to users would have categorical features like country, gender, age group, education level among other continuous features. Categorical features can be broadly classified as nominal and ordinal variables. In the T-shirt example above, the sizes can be ordered as XL > L > M > S > XS. Such variables which can be sorted or ordered are called Ordinal variables. In the same T-shirt example, colors form what is known as Nominal variable. A nominal variable has multiple levels or categories without any intrinsic ordering to them. We will discuss ways to encode ordinal and nominal variables into numerical variables typically used in machine learning applications

How to identify the Categorical Data 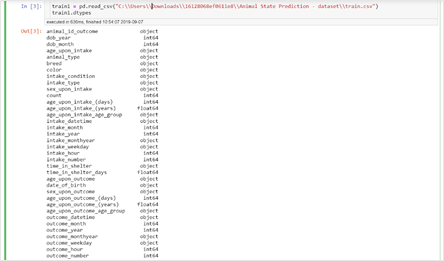 Dataframe cat_vars has all the categorical variables

This encoding is particularly useful for ordinal variable where the order of categories is important. To make sure that the learning algorithm interprets the ordinal variables correctly, we can map the categorical values to integer values manually. There are two ways to do so – one is to use map function and another is to use replace function.

We could encode the T-shirt size using map function as: 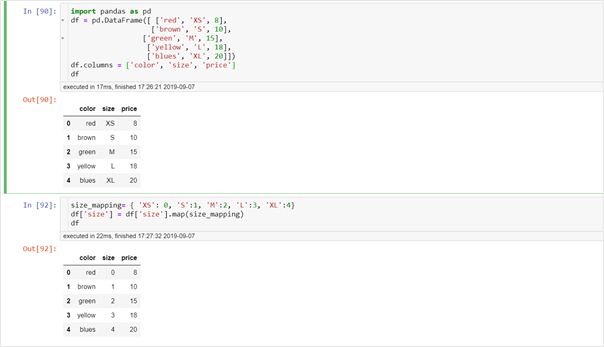 We could encode the T-shirt size using replace function as:

Label encoders transform non-numerical labels into numerical labels. Each category is assigned a unique label starting from 0 and going on till n_categories – 1 per feature. Label encoders are suitable for encoding variables where alphabetical alignment or numerical value of labels is important. However, if you got nominal data, using label encoders may not be such a good idea. For instance,

Here the numerical labels assigned to the outcome levels can be misinterpreted by the algorithm. A learning algorithm would assume that Transfer is larger than Adoption, and so on. The better solutions for this problem is to use OneHot encoding or Dummy encoding technique.

One-hot encoding is the most widely used encoding scheme. It works by creating a column for each category present in the feature and assigning a 1 or 0 to indicate the presence of a category in the data. For example,

A separate column is created for each possible value.  A value of 1 in a column represents the presence of that level in the original data.

One hot encoding performs better when the category cardinality of a feature is not too high. Because for feature with high cardinality, one hot encoding would create a large number of columns which could lead to memory problems.

Binary encoding is good for high cardinality data as it creates very few new columns. Most similar values overlap with each other across many of the new columns. This allows many machine learning algorithms to learn the similarity of the values.